Food & Beverage Trends To Expect In 2017

The cuisine of the Philippines is on many trend lists for 2017. It is a trend that’s overdue, considering that Filipinos make up the second-largest Asian population in the United States. Purple Patch in Washington, D.C., is ahead of the curve, offering Filipino-accented dishes such as fried red snapper with sweet red and green pepper, ginger soy sauce and jasmine rice.

Every city and many suburbs have mom-and-pop restaurants serving the foods of cultures outside the American mainstream. But the cuisines of India, Korea, the Middle East and elsewhere are increasingly getting modern treatments at places like the Indian restaurant Babu Ji in New York City, the Middle Eastern restaurant Mamnoon in Seattle or, pictured, Imperial Lamian, serving Chinese food in Chicago.

Whether it’s an ice cream sundae made with blackberry chartreuse or a sour cherry-mascarpone frozen push pop, chefs are updating some childhood favorites.

James Beard Foundation named Suzanne Goin, chef-owner of Lucques in Los Angeles, Outstanding Chef of the Year in 2016. Additionally, notable chefs such as Curtis Stone are opening new restaurants in the city, helping to boost its profile and making it the city to watch in 2017. The city is also a hotbed for an array of cuisines, including on-trend Filipino food.

Although Kansas City often flies under the radar of national food media, it is now a hotbed of culinary activity. Although trends used to go invariably from the coasts inward, Now what we’re seeing is an interesting concept of some of the trends starting in the middle of the country and going out.

Ingredient of the year: Cannabis

With California, Maine, Massachusetts and Nevada joining Colorado, Oregon, Washington and Washington, D.C., in legalizing marijuana, cannabis is expected to find its way onto menus or infused in cocktails. Restaurants are currently prohibited from selling marijuana, even in jurisdictions where its possession is legal.

Chefs have been using everything but the moo for years, the trending animal parts this year are things like bone marrow, chicken skin and pig cheeks.

Vol. 39 in Chicago, for example, is using chicken skin crusted with quinoa and marcona almonds in a way that resembles chips.

In the name of sustainability, chefs are using all parts of vegetables. Doing so reduces waste, but also adds unique flavor.

The trend is fueled in part by the use of more local ingredients, so root vegetables tend to arrive with fresher greens still attached. Radish greens, for example, are ending up in salads. The traditional celery root puree is back, and carrot tops are ending up as pesto.

The paleo crowd is getting bored with tenderloin, so chefs are looking beyond traditional livestock at options like ostrich, venison, bison and elk. These meats have a very distinct gamey flavor that people are demanding right now.

Dairy-free cheese alternatives and nut milks in coffee and desserts are on the rise and we can expect to see more of them in 2017.

While also not new in-house fermentation of vegetables and hot sauce will pick up speed, and fermented drinks such as kombucha will spread.

Beverage Trends to Expect in 2017

Beer in general has increased in popularity every single year, as consumers seek new tastes; this food-friendly category is ripe for exploration.

This sweetened, vinegar-based beverage is an acquired taste. Many are predicting this to be the next kombucha.

SIGN ME UP! Rosé’s popularity has skyrocketed in recent years, and that trend is expected to continue. Rosé is no longer a spring and summer offering. It’s being offered year-round.

Chefs and mixologists have long been draws at restaurants and bars, but now operators are using big-name consultants with good followings as draws to their establishments.

Natural wines may very well be the wine of the year for 2017,  as they appeal to people who are looking for funkier flavors, as well as health-conscious ones looking to avoid additives.

We’re talking very good wine, now available in cans. While wine in kegs is already becoming commonplace, wine cans are recyclable and have been engineered so the metal doesn’t affect the wine’s taste. 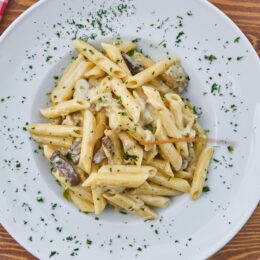 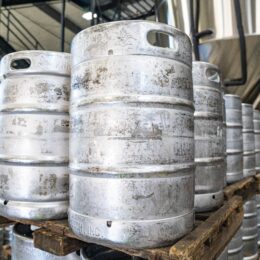 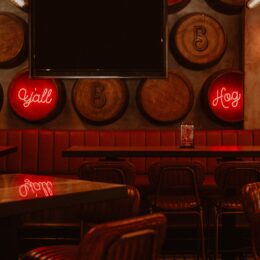 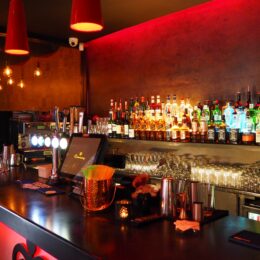